It’s unlawful for an employer to discriminate directly by treating a job applicant or employee less favourably because of their sex.

Supposing two applicants for a job have similar qualifications and experience but the prospective employer chooses a man over a woman because they think the man would be a better fit? This is likely to be direct sex discrimination.

It’s unlawful for an employer to discriminate by applying a provision, criterion or practice that disadvantages job applicants or employees of a particular sex without objective justification. The individual has to be disadvantaged, personally, too.

An example of indirect sex discrimination could be, for instance, where an employer has a policy not to allow employees to work part-time hours. This could be indirectly discriminatory on the basis that the policy of not allowing staff to work part-time disadvantages women as more women than men have child caring responsibilities. 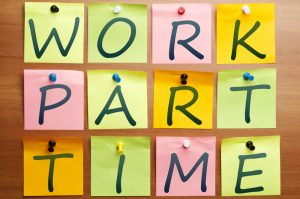 Harassment related to sex is prohibited. It happens where a person engages in unwanted conduct related to sex and the conduct has the purpose or effect of either violating the other person’s dignity or creates an intimidating, hostile, degrading, humiliating or offensive environment for them. An example could be refusing to assist a woman carrying heavy files when a man would normally be assisted.

Sexual harassment is prohibited. This occurs where a person engages in conduct of a sexual nature and the conduct has the purpose or effect of violating the other person’s dignity or creates an intimidating, hostile, degrading, humiliating or offensive environment for them. Examples could include unwelcome sexual advances, sexual jokes, emails containing sexual language or emails with pornographic photos.

Less favourable treatment because of an employee’s rejection of or submission to harassment of a sexual nature or harassment related to sex is also unlawful.

The Advisory Conciliation and Arbitration Service (Acas) has published useful guidance on what constitutes sexual harassment and how to report it,

Less favourable treatment for rejecting or submitting to harassment is also prohibited.

Individuals must not be victimised because they have alleged sex discrimination, brought a discrimination claim or given evidence or information in relation to proceedings.

If say an employee raises a grievance at work alleging sex discrimination and the employee is then transferred to another department as a result of raising the discrimination complaint, this could amount to victimisation.

Job applicants or employees who believe that they have suffered sex discrimination could consider bringing a claim in the employment tribunal. Prior to issuing a claim the job applicant or employee would be required to follow the Acas early conciliation process. In certain cases, it may also be appropriate to have raised an internal grievance beforehand.

For information about equal pay see Equal pay: A guide for employees.

This guide is for guidance only and should not be relied upon for specific advice.

If you need any advice on sex discrimination issues or have queries relating to other employment law matters please do not hesitate to contact me on 020 3797 1264.